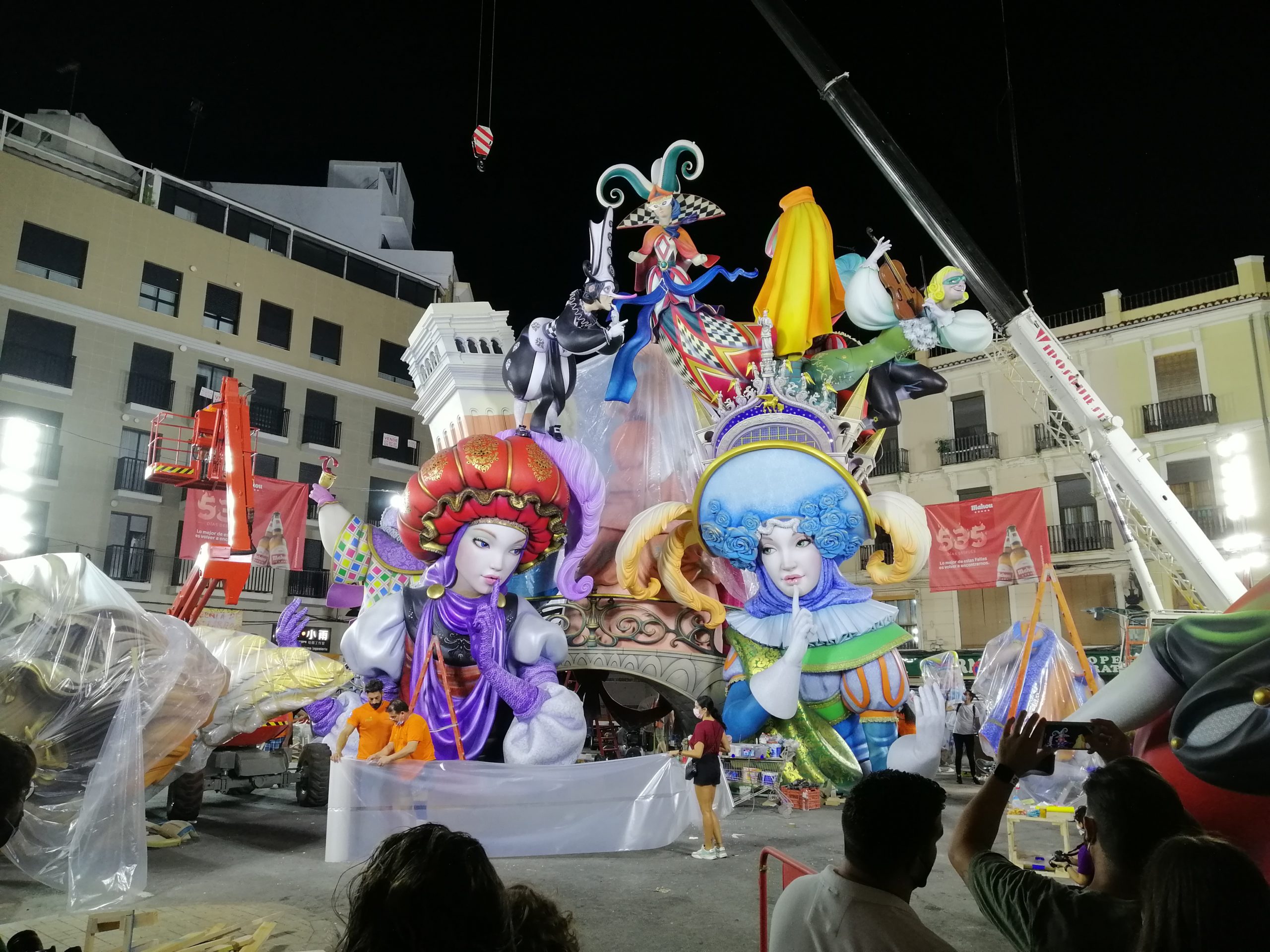 As you’ve probably heard from the daily 2pm explosions sending shockwaves through the city center, Valencia has now officially started celebrating its beloved Fallas festival! So, if you’re new to Valencia or haven’t yet heard the phrase “Ja estem en Falles”, what is this world-famous festival all about? Below we’ll give you a short Fallas survival guide, with all you need to know for the upcoming weeks.

Las Fallas in a nutshell

Las Fallas is an annual festival that happens every March in Valencia. The origin of the festival is a celebration of the arrival of spring, and is a religious holiday during which Valencians commemorate San José (the patron saint of carpentry) on March 19th. The festival officially takes place during March 15th to 19th, although in reality, events begin to take place weeks before, marked by the Cridà at the end of February (details in our previous blog post).

During Las Fallas, the city more or less transforms into a massive street party, with the constant sound of petardos (firecrackers) exploding, magnificent lights illuminating the neighborhoods, falleros and falleras donning traditional costumes and parading the streets, and huge intricate crafted structures erected all throughout the city. Like the name of the festival itself, these structures are called fallas, and are realized thanks to the hard work of local Fallas (note the difference – one is capitalized!) which are organized groups of people within neighborhoods that work throughout the year holding fundraising galas and dinners. Each falla is eventually burned during a special night called the Cremà, which sees the city light up with flames and extravagant firework displays on March 19th.

Main days of the festival

Below we describe some of the must-see days of the festival:

The Plantà of the fallas infantiles begins on Monday the 14th of March, and is the day the children’s version of the magnificent structures are mounted in the neighborhoods. There’s also the traditional mascletà at 2pm, which is the ground-shaking explosions of gunpowder we’ve been hearing these past few days! That night, every Falla offers the “cena de la plantà infantil”, a celebratory dinner for these children’s fallas.

The following day on the 15th, each falla infantil must be ready before 8am, when the jury pays a visit to judge and qualify them. Later, at 7:30pm, the results of the jury are published and the public learns of the winners of each category. Also on that day, 15th of March, the same occurs except this time it’s the adult version. The Fallas erect their unique fallas, made up of individual structures called ninots, and are voted for, and in the evening, the results of the voting are published to know which fallas is the best of each category.

Historically the Plantà has been erected in a traditional way, which is what Valencians call “al tomb”. This requires the help of many participants who lift the pieces by pushing from the side, until the falla stands upright. Nowadays, for safety and to save time, the most common way to erect these is with a crane.

On Thursday the 17th and Friday the 18th is the beautiful “Ofrenda Floral a la Virgen de los Desamparados”. Falleros and falleras in Valencia and surrounding villages walk through the Plaza de la Virgen dressed in traditional costume, bringing a large wooden structure in the shape of the Virgin Mary bouquets of flowers, asking for good health for the coming year. These bouquets offered to the “Virgen de los Desamparados” are used to make a cloak to dress the virgin during the next few days, while thousands of people flock to the square to visit the impressive sight.

The Fallera Mayor Infantil (the winner of the children’s pageant) has the privilege of closing the first day of the Ofrenda, and the Fallera Mayor (the winner of the adult’s pageant) is the last to offer her bouquet on the 18th. This event has its origin in 1941, taking place in just one day, but due to the increasing number of falleros and falleras it has evolved year after year, becoming the spectacle we see today.

This day sees the culmination of the excitement and revelry of the previous month’s festivities, where the massive fallas throughout the neighborhoods of Valencia are consecutively set alight. Onlookers flock to the scene, marveling at the tall flames, and often find themselves wet from the firemen’s hoses that keep the flames from destroying nearby apartments and trees! It’s a night full of energy as crowds celebrate in the streets, drinking, dancing, and letting off noisy firecrackers. The party lasts well into the night, as revelers joyously celebrate this very special time of the year, the unique festival that is Las Fallas.

We hope this has given you a little more of an idea of what to expect over the next few weeks! Las Fallas is like no other cultural festival, and it’s something we think everybody should experience at least once. Remember to stay safe during the festivities, be respectful of your surroundings and the people around you, and enjoy! 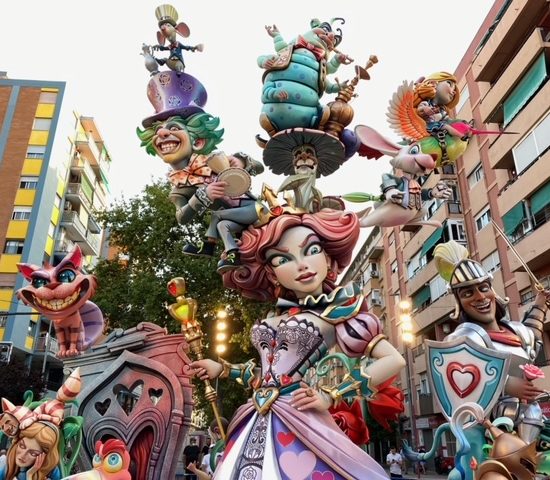 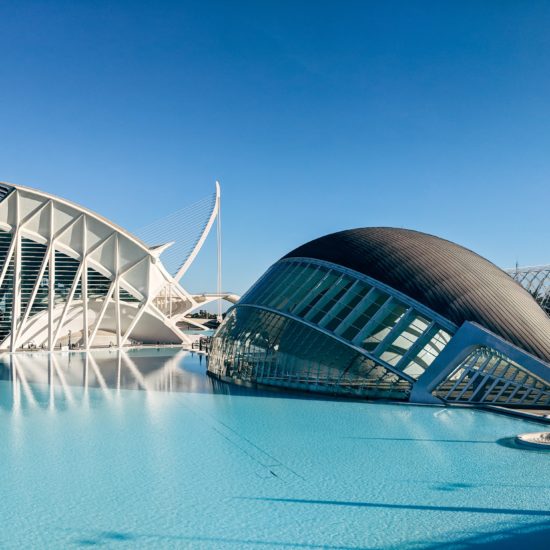