2 Holidays This Week in Spain

0
0
About Spanish, About Valencia, Moving abroad

Did you know there are two national holidays this week?! That’s right, both Thursday, December 6th and Saturday, December 8th are celebrated throughout the entire country. So what are they and what do they represent? Continue reading to find out more about each of these important days in Spanish history and culture. 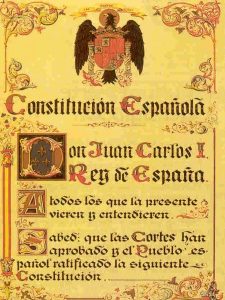 This holiday, also known as “Feast of the Immaculate Conception”, is a religious holiday celebrated not only in Spain, but many other Catholic countries around the world. Since it falls in early December, it also kicks off the holiday season! The day represents the day that Jesus’ mother, Mary, was conceived, since she was said to be without sin her entire life. On this day in Spain, there will be special masses held and perhaps parades in the streets depending on the city.